Buy this product for Poser and DAZ Studio via this link: http://www.daz3d.com/i/3d-models/-/martian-hound?item=10032&_m=d

Part of the Beasts of Mars series: Fierce and loyal, this multi-legged companion will guard and assist you on an alien world! 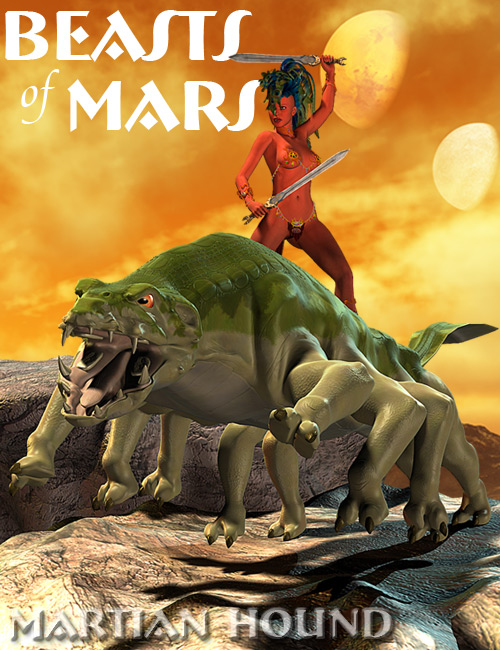 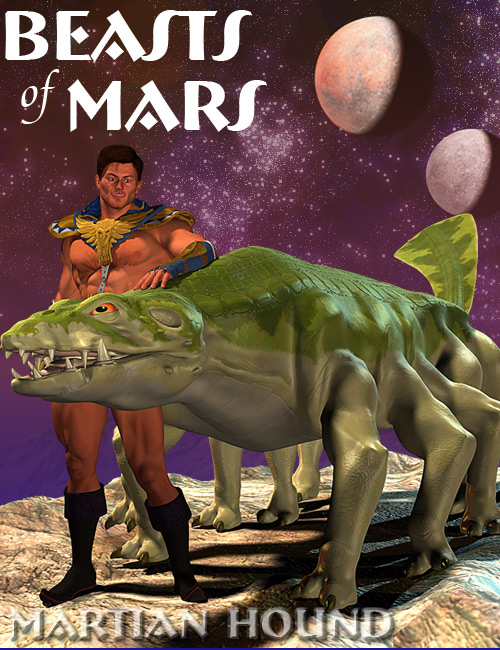 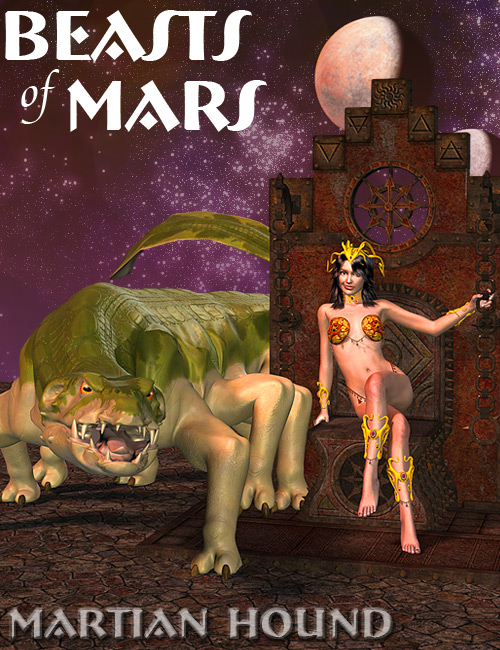 DS USage: Files (including Materials) should load correctly in DAZ Studio by using the Poser Library icons, with DAZ Material presets loading textures into their appropriate locations and settings.

The Martian Hound is clearly derived from the 'Calot', the 10-legged hound of Mars (Barsoom to its inhabitants), as described by Edgar Rice Burroughs in his first novel of John Carter, A Princess of Mars. As the book is in the public domain (out of copyright), I may quote it here:

“It waddled in on its ten short legs, and squatted down before the girl like an obedient puppy. The thing was about the size of a Shetland pony, but its head bore a slight resemblance to that of a frog, except that the jaws were equipped with three rows of long, sharp tusks.”

“I had thought his short legs a bar to swiftness, but had be been coursing with greyhounds the latter would have appeared as though asleep on a door mat. As I was to learn, this is the fleetest animal on Mars, and owing to its intelligence, loyalty, and ferocity is used in hunting, in war, and as the protector of the Martian man.”

Martian animals are for the most part neither mammal nor reptile, possessing neither scales nor fur, and their feet are for the most part heavily padded and shapeless, possessing no nails, nor hooves or claws. Thus, complete accuracy may have led to a somewhat uninteresting figure for general use; so I used artistic license to add claws and scales to the default figure, as a matter of artistic interest. There is an alternate MAT file provided, which eliminates the scales and claws, thus recreating the authentic look of the Barsoomian calot for those who wish to be completely accurate.

Obviously, however, the user is not constrained to use this figure in recreating scenes from the John Carter of Mars series. This figure can be used in any science-fictional setting, whether domesticated or wild!