Buy this Product for Poser and DAZ Studio via this link: http://www.daz3d.com/i.x/shop/itemdetails/-/?item=8220&_m=d 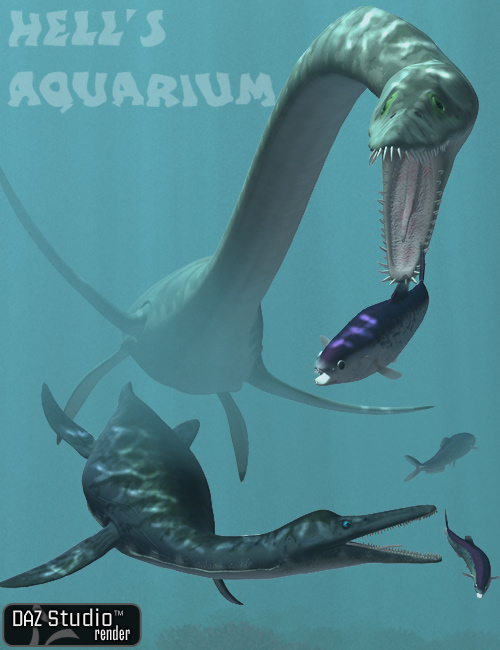 For most of the Cretaceous period, which lasted from 145 to 65 million years ago ('mya'), most of the central swath of what is now North America was underwater, beneath what we now call the Western Interior Sea, connecting the Gulf of Mexico to the Arctic Ocean. Towards the end of that time, while the dinosaurs still reigned supreme on the land, the sea was home to an equally impressive array of giant reptiles. The combination of giant predatory reptiles, equally dangerous fish, and other huge animals, made the oceans of Kansas arguably the most dangerous and inhospitable seas the Earth has ever produced, giving rise to its nickname “Hell's Aquarium”…

The Hell's Aquarium series of packages will provide some of the denizens of these seas from a time about 80 million years ago - at least 15 million years before the great Cretaceous/Tertiary extinction event. 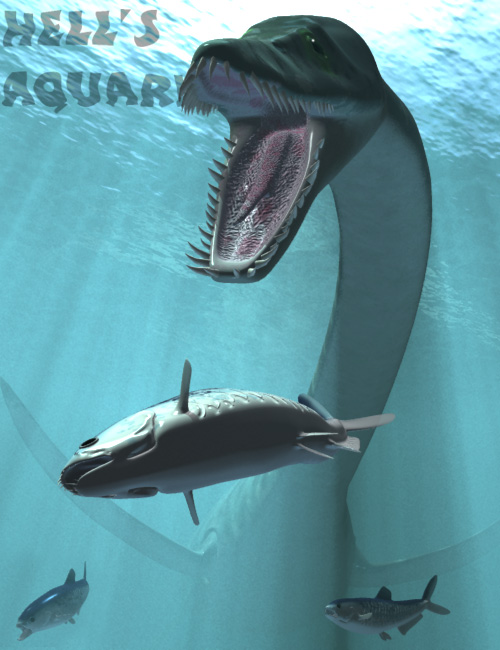 Styxosaurus was a type of elasmosaurid plesiosaur - long-necked marine reptiles which grew to over 13 meters (40 feet) in length, although half of that length (6 meters) was made up of their long neck. Researchers believe that an elasmosaur would use its long neck to dart its head into schools of unsuspecting prey fish, trapping them with its array of large, splayed teeth. 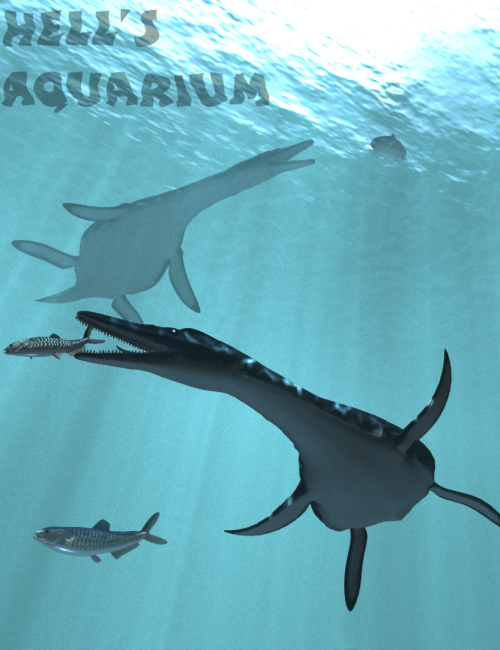 Dolichorhynchops was a much smaller plesiosaur with a shorter neck and a long snout. At about 3 meters (10 feet) in length, a 'Doli' was about the size of a large seal, and probably hunted in much the same fashion - sleek and manoeuvrable, it could pursue its prey's erratic escape path. 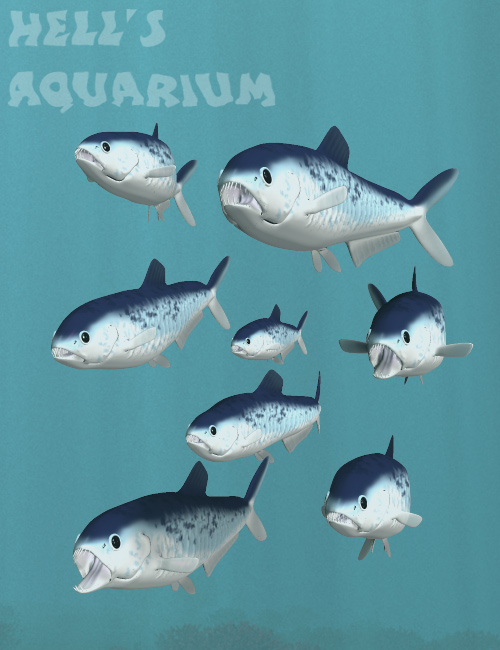 Enchodus was a very common fish at the time, an early salmonid, in the same family as modern salmon and trout. It too, was armed with an impressive array of large, sharp teeth, which it undoubtedly used to trap its own prey, smaller fish and invertebrates. Indeed, Enchodus is also known as the 'Saber-toothed salmon' because of its large fangs.

Adult Enchodus varied in size between species, some types growing as large as 1 meter in length. In spite of its own large teeth, Enchodus was probably a staple dietary item for the larger plesiosaurs.

But even the plesiosaurs themselves were not the top predators of Hell's Aquarium. Several different types of sharks are known from that environment, including a great-white-sized monster known as the 'Ginsu Shark', for its own long, pointed teeth. There were other giant fish as well, equally dangerous as the local sharks, meaning that even the largest plesiosaurs had to be vigilant.

The absolute top ocean predator of the time, however, was a giant marine lizard known as a mosasaur. These ancient relatives of today's monitor lizards and Komodo Dragons were the undisputed rulers of Hell's Aquarium… Adults could grow up to 17 meters (50 feet) in length. Sharks, giant fish, plesiosaurs - all were potential prey for the giant mosasaur Tylosaurus. 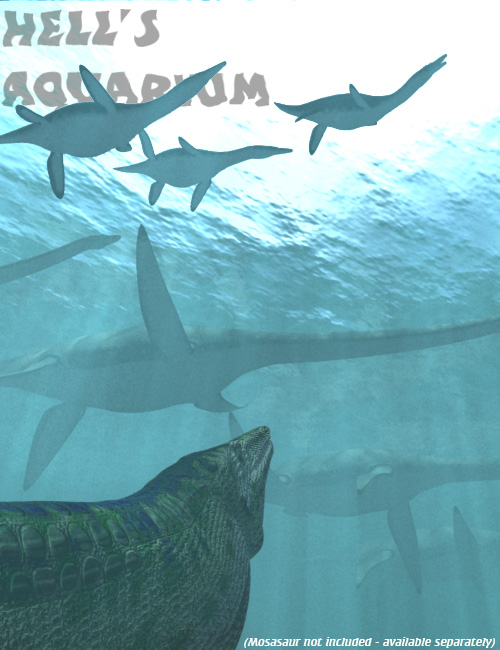 Although not included in this set, a mosasaur is available at http://www.daz3d.com/i.x/shop/itemdetails/-/?item=7118&_m=d

DS NOTE: Both the Styxosaurus and Dolichorhynchops figures use BodyHandles to assist in posing the flippers. Due to different interpretation of OpenGL between Poser and DS, the default DS materials show the BodyHandles as partly visible, for ease in selection/posing. DS Users should select the “DS Render” variant of the MAT files before rendering a final image, to turn the BodyHandles invisible at render time.

Note, however, that regardless of visibility, the BodyHandles (denoted as 'x Flipper 2') can always be selected via the the scene hierarchy pane.