The following compares the effects of Depth of Field (DOF) controls in rendered images.

Using these controls you can give a realistic view in the render with the foreground slightly out of focus as below: 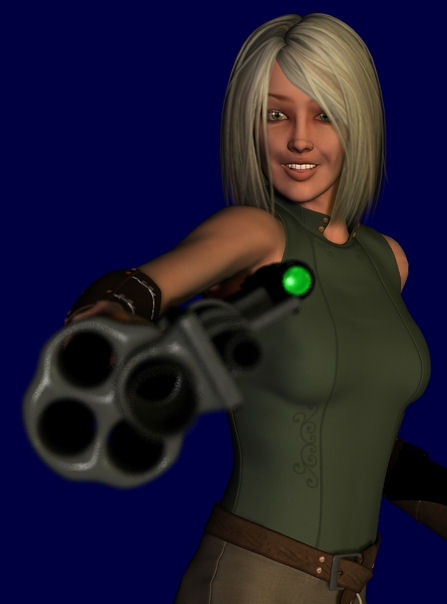 Or by changing the focus point and F/Stop, bring the viewers attention to the foreground item. 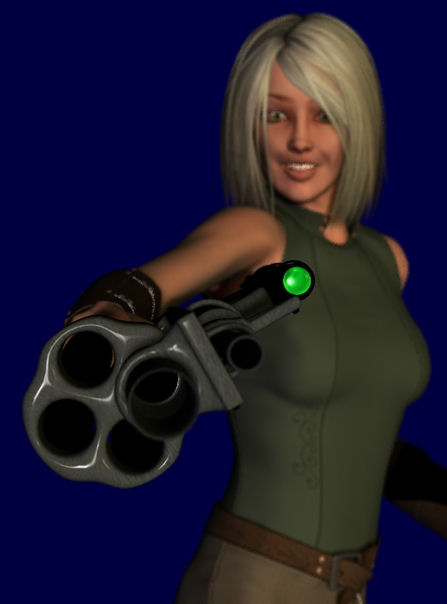 Another example can add an air of mystery to the render by not identifying specific objects such as the person in the foreground. 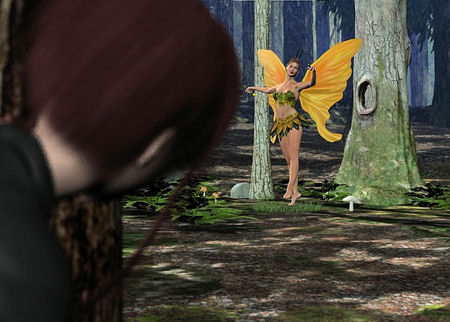 In this image, the candle flames were simple conical primitives with a point light embedded. With DOF controls off, they do not look real. Also, note that the blue wall in the background is in focus. 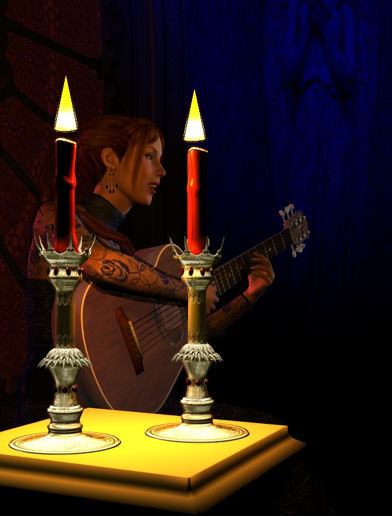 Setting the focal point (in this case on a Null point at Vicky's nose) and adjusting the F/Stop softens the flames and the background putting emphasis on Vicky. 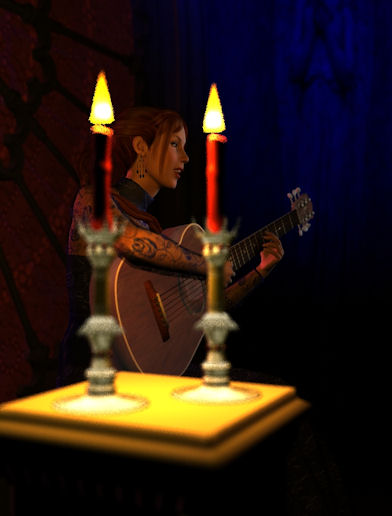 Without DOF, the sharp focus extends from Vicky's hand to the tip of her wings. 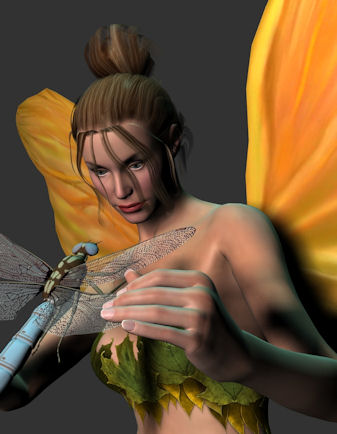 Focusing on a null point about halfway between Vicky and the dragon fly and setting a shallow depth of field creates a more realistic feel to the image. 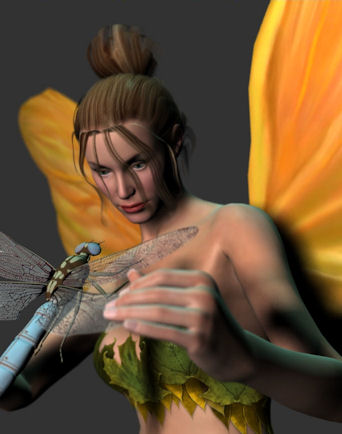 One last example (a detail from another image) using DOF shows that the main character (starting at the sword's hilt) is in focus but the tip is slightly out of focus to add a realistic depth to the image. 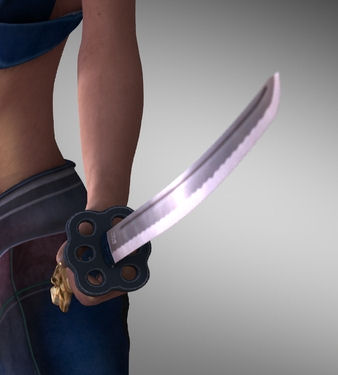 These are just a few examples of how to use Depth of Control controls. Many other possibilities exist and should be explored to add realism and focus to your images.