A tutorial by Kagi.

This short tutorial will show you one of the methods available to create Morph Targets with Hexagon for a Poser or DAZ character.

This tutorial is based on Poser 6 and Aiko 3 from DAZ. You won’t find the steps to create the model itself, but you will know how to create your own morphs! 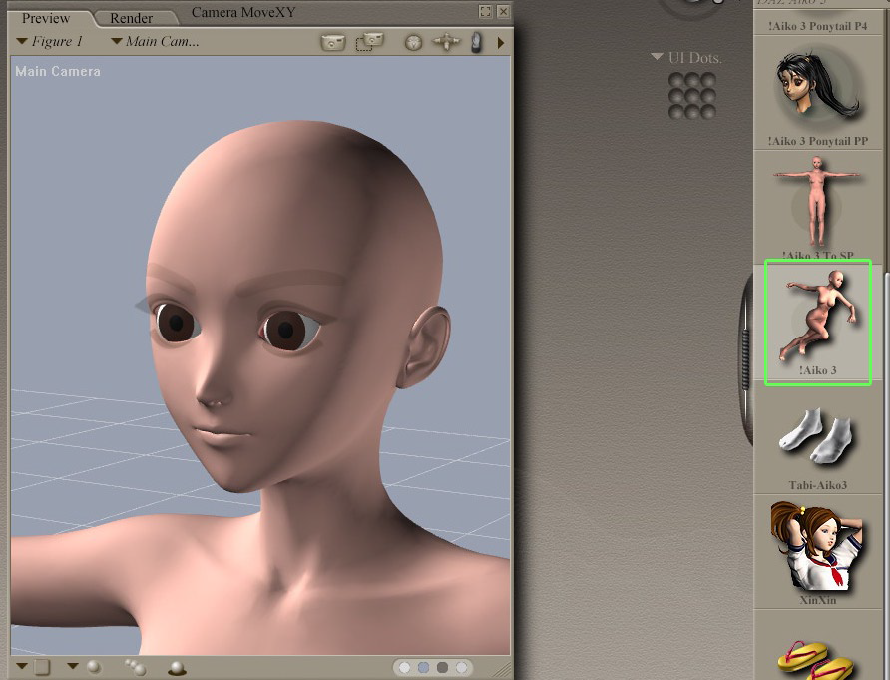 In Poser, load the desired character. 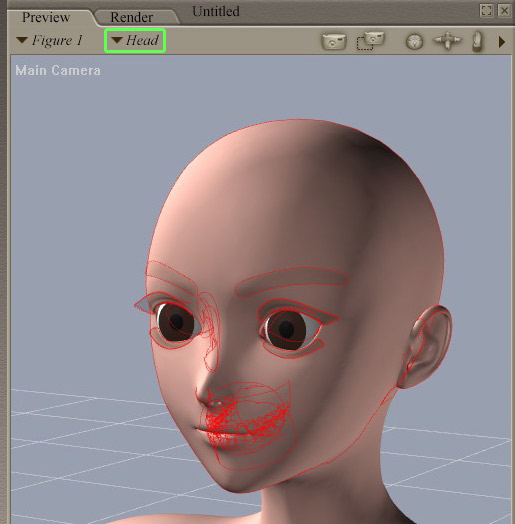 Export only the part you want to modify. 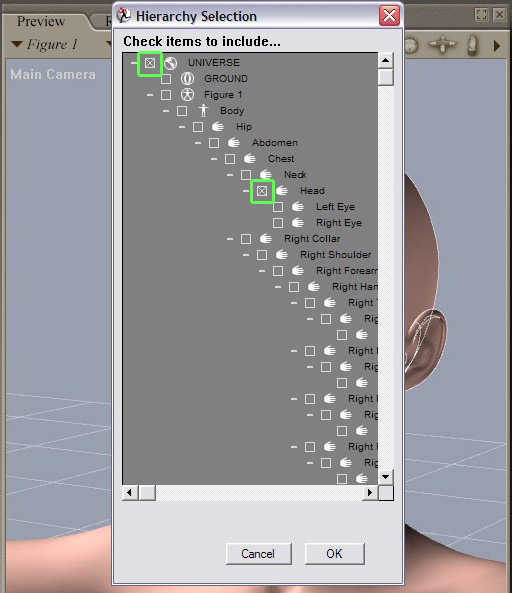 Export > Wavefront .obj and in the “Hierarchy Selection” uncheck all except “Universe” and then only add the body part we want to modify. 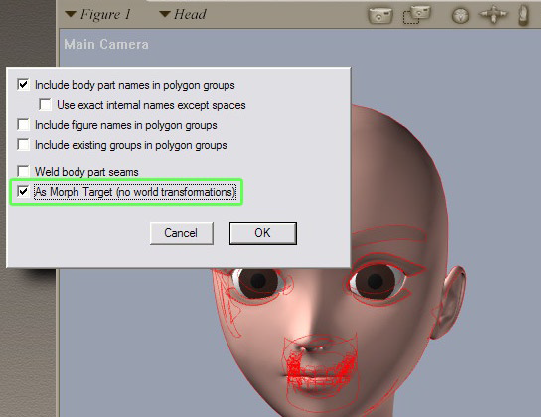 In the export settings, check “As Morph Target”. 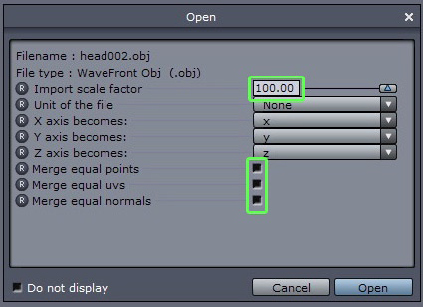 In Hexagon, import the object. Uncheck the merge options and don’t forget to change the scale for a better visualization of your mesh (100 scale value). 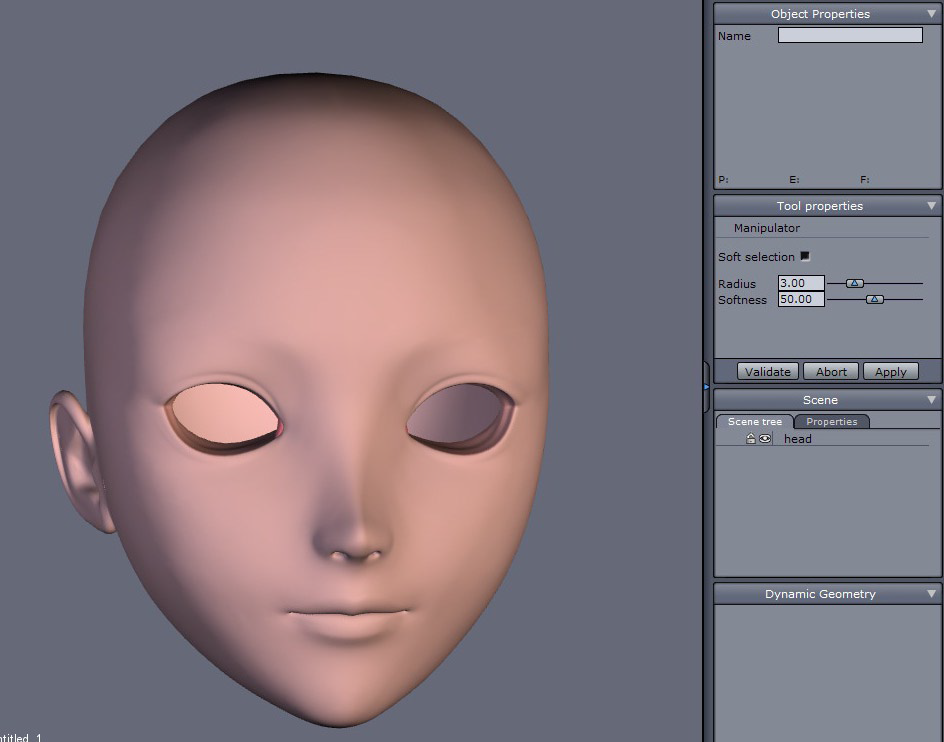 The object you will morph appears. 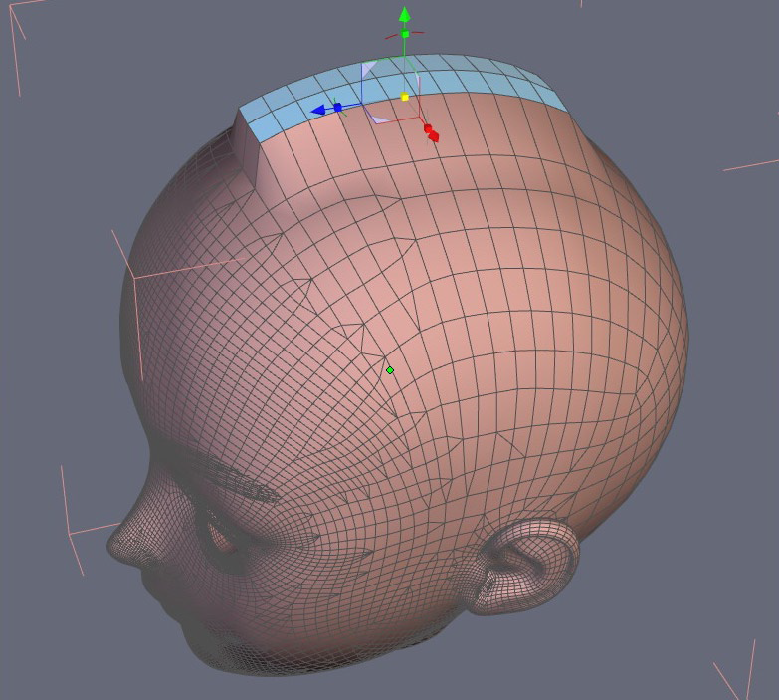 To make the morph target active, it’s important to keep the mesh geometry intact, which means that we can only move the faces and can’t create new ones. So we can only move, rotate and scale them. 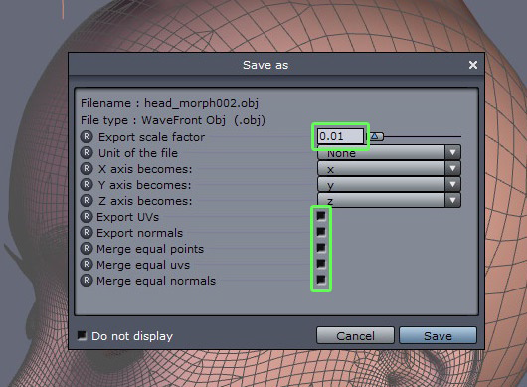 Once the modifications are done, you can export it. Choose the .obj format and restore the scale (0.01). All the boxes are unchecked. 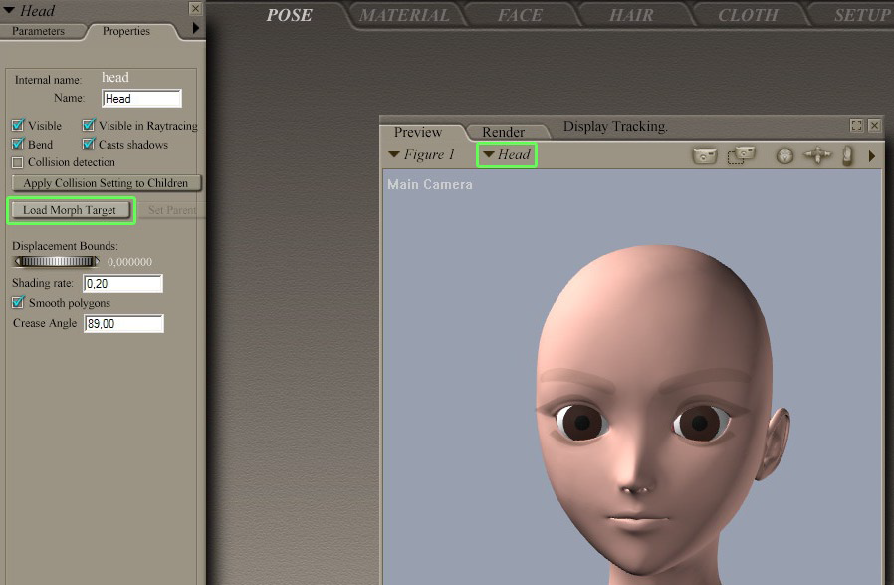 Go back to Poser, and load the character again. Select the body part you are about to modify. 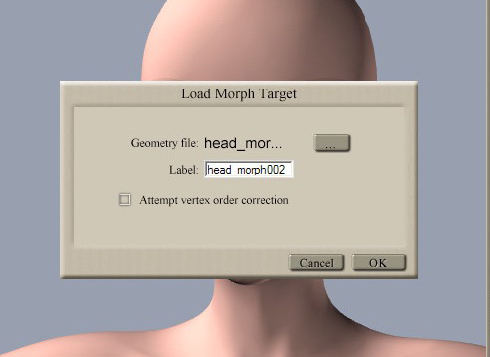 In the properties, load the morph target. 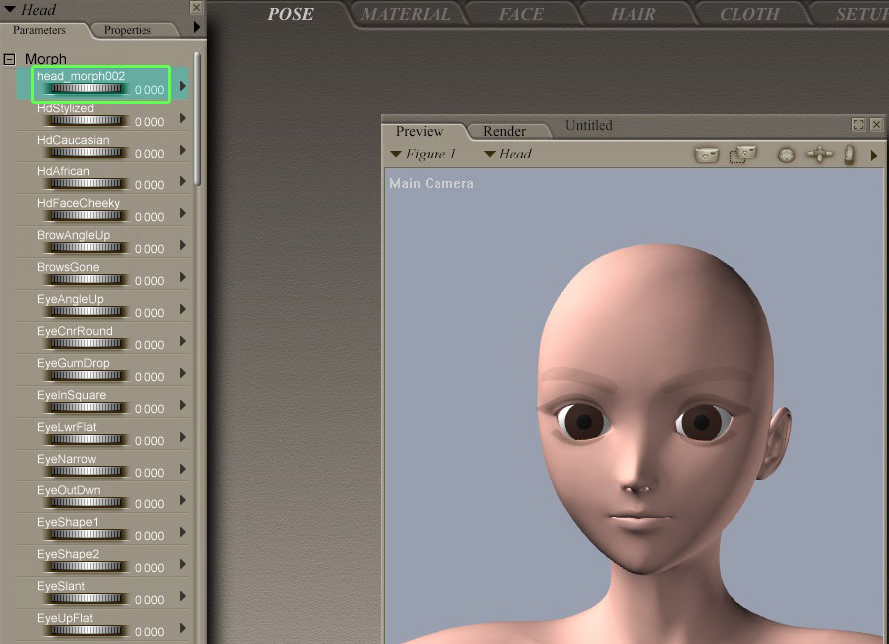 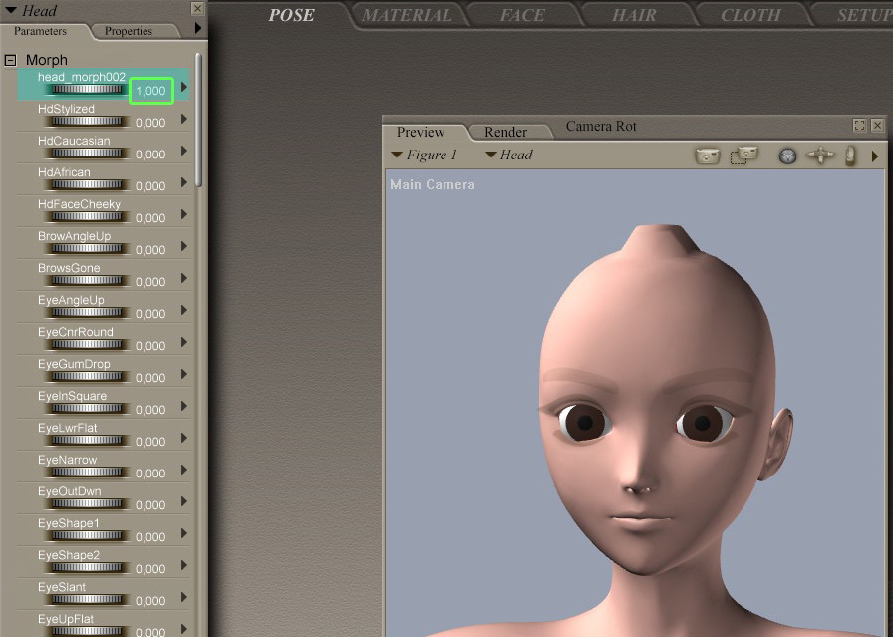 You just need to modify its scale from 0 to 1 to see the changes.

It’s time to play with your morph targets, and create new ones as much as you need with the help of Hexagon!