Text Along a Curve

A tutorial by Orlan Lyle (Grendel). 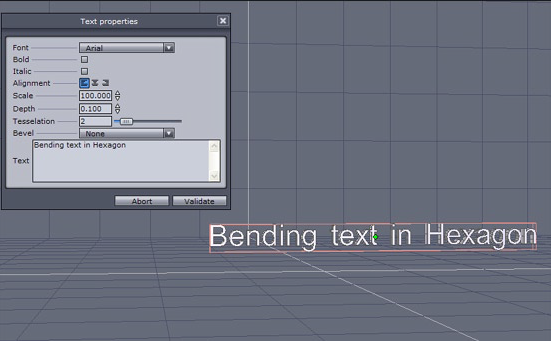 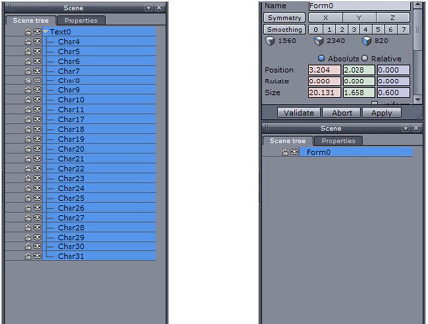 When text is created in Hexagon each character becomes an individual object in a single group as shown below on the left.

You should now have a single form as shown on the right. 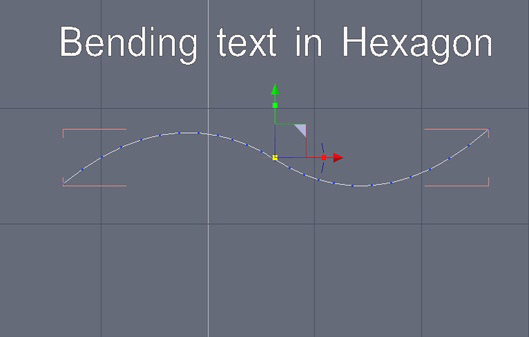 Create a curve for the letters to be bent along from the Lines tab. 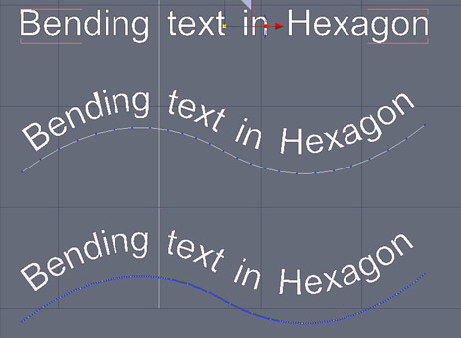 Select the text object and then use the Bend tool in the Utilities tab and select the curve. The middle example shows some distortion of the characters caused by an insufficient number of points in the curve.

Increase the smoothing in the Vertex modeling tab for a smoother and distortion free bend deformation as shown in the bottom example.